Problem:  Water would come into the basement during a heavy rain.

Assessment:  The house had originally been built into a hill with a 15 foot wide level area and retaining wall behind it.  Water would run downhill into this area along with the downspouts and sump pump that discharged here. The original grade had been set too high and was very flat with little ability for the water to flow out.  A sidewalk and patio, when installed, were set too high, resulting in a sunken area immediately against the foundation.  The window wells and the air conditioner were too low.

Solution:  The principal parts of this solution involve a French drain with catch basins connecting with the downspout and sump pump discharge.  New window wells were installed and the grade was raised.  The French drain system, consisting of six inch schedule 35 PVC pipe, collects surface water, water from the sump pump and downspouts and discharges in the front yard.  Gravel in the French drain is left exposed to the surface but soon becomes covered with grass to make it all but invisible. 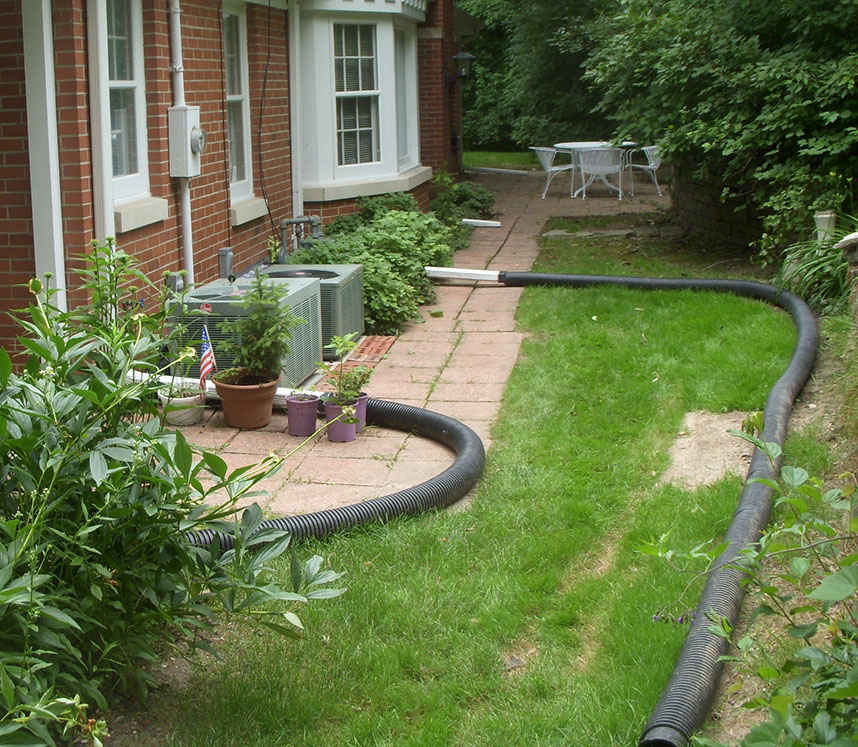 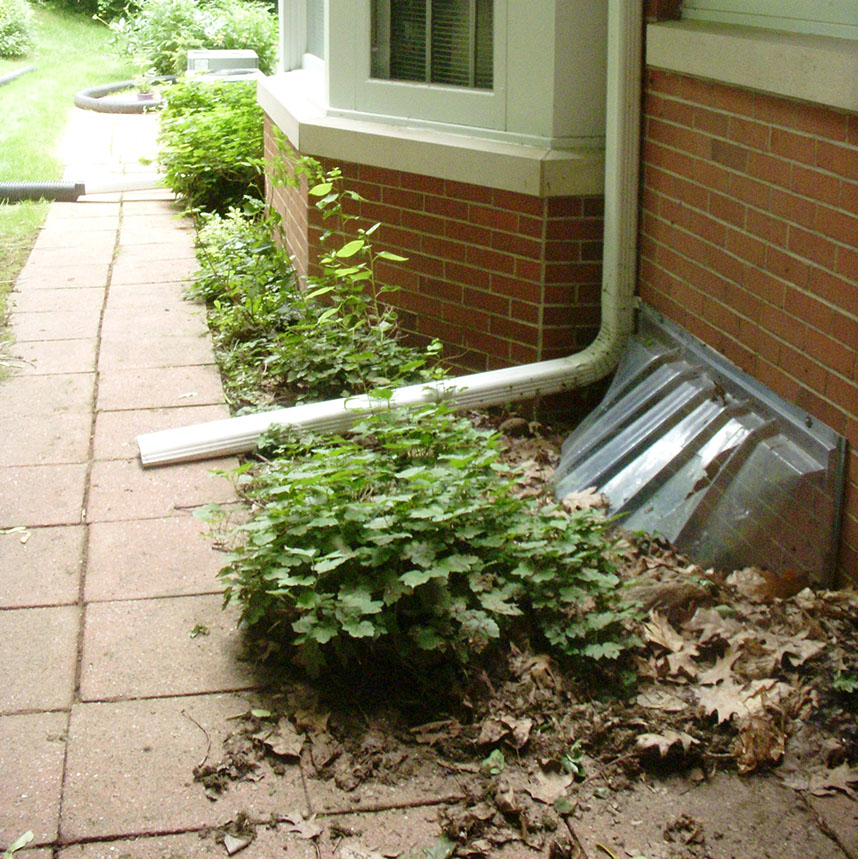 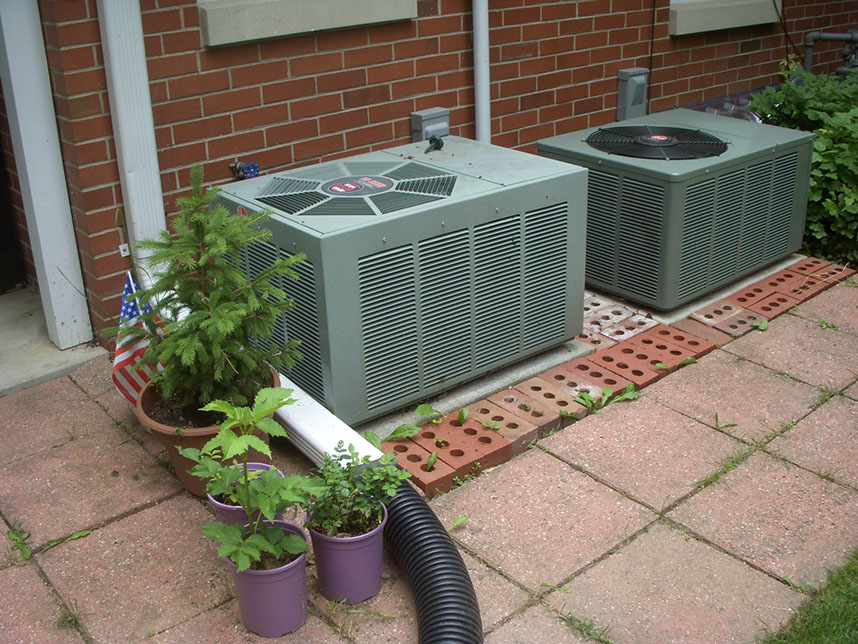 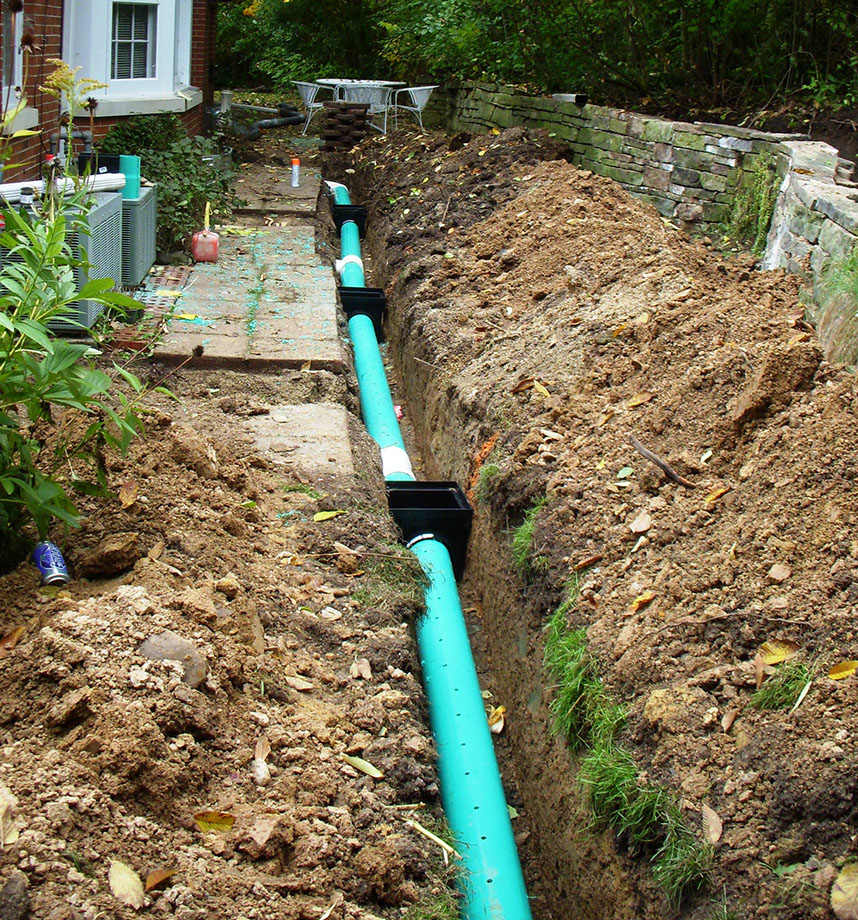 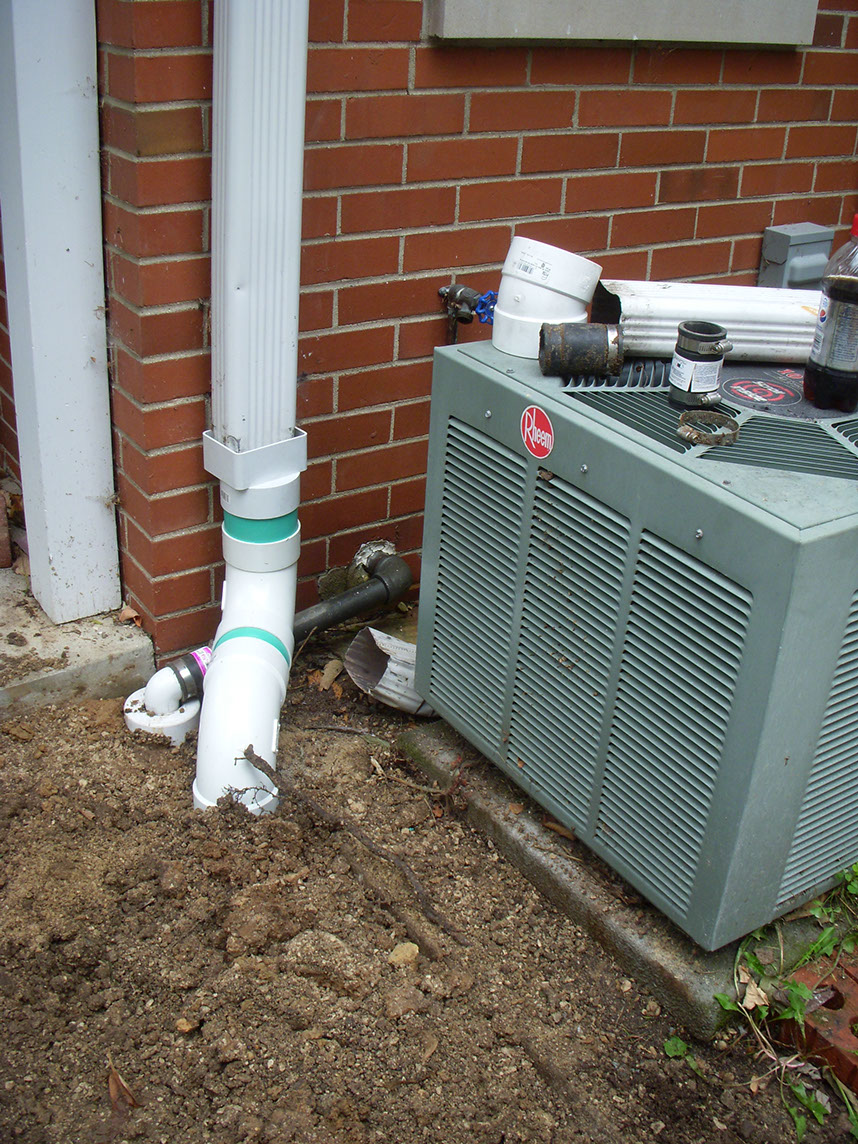 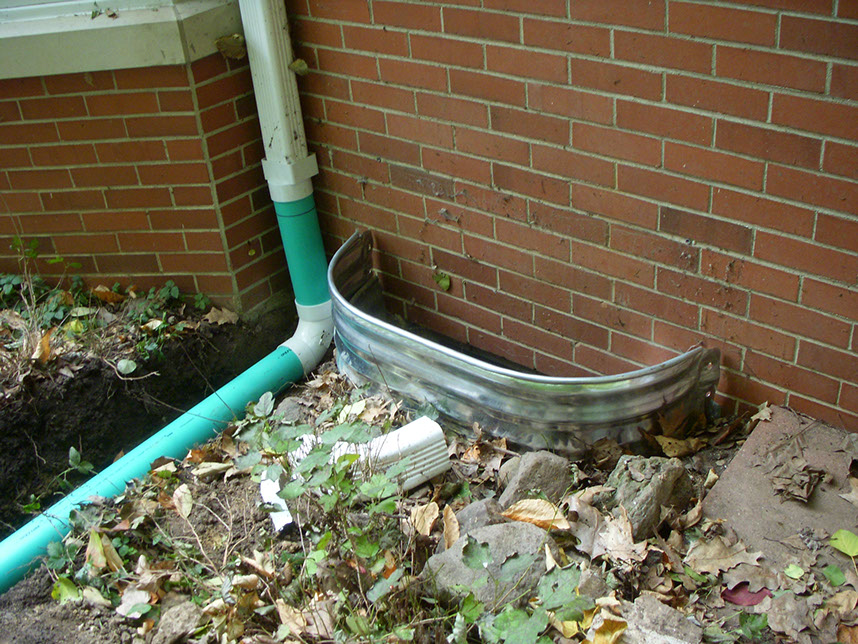